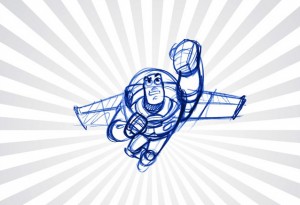 I’m a huge Pixar nerd. I only recently claimed this nerdship after having watched The Pixar Story, which is a documentary about the beginnings of Pixar Animation Studios. It’s a really fascinating documentary; I suggest you check it out.

In the documentary, they describe the saga of Toy Story 2. The film was set to be the first film at Pixar without John Lasseter, the co-founder and creative pioneer of the studios first two films, Toy Story and A Bug’s Life.

Within a year of the film’s release date, the higher-ups at Pixar realized their most recent effort was “not the best,” and they actually called Lasseter back in to help rewrite and redirect the film.

As you probably know, the film did make it out on time — a critical success.

I decided to investigate the history of directorship at Disney/Pixar and to see if anything similar has happened over the years.

This list doesn’t include co-directors, but you see the principle directors here. And, generally, if a director has been “removed” from his or her role as directors, they are considered to be “co-directors” for the project.

Most recently, Brenda Chapman has been shifted to the co-director chair as Mark Andrews takes the reigns for Brave.

Reasons for switching directors mid-project are unknown to me; though, I’m guessing it has something to do with the creative direction for the project and conflicting viewpoints with the rest of the Pixar Brain Trust.